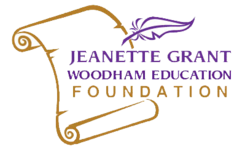 Jeanette Grant-Woodham, OD, J.P., M.A. is a Jamaican who has years of experience in the public and private sectors. She is an educator by profession and is competent in the areas of educational administration, manpower development and training, public administration, and community leadership.

She is an experienced team leader/facilitator on numerous economic, social, organizational, and institutional assignments spanning the Caribbean and Latin America. These include, but are not limited to, the organization of American States, United Nations, and the Government of Jamaica.

​The zenith of her career in the international sphere is when she delivered Jamaica’s Policy Statement to the United Nations in 1987 and 1988.

​Jeanette Grant-Woodham is a trailblazer. She can attach the words, “first woman to ever”, to many of her accomplishments in the areas of politics and education. In 1970, she became the first principal of the Tivoli Gardens Comprehensive High School; in 1980, the members of the Senate of Jamaica elected her as its Deputy President; in 1984, she became President of the Senate of Jamaica; and in 1986, she was appointed as Minister of State for Foreign Affairs Trade and Industry. In 1993, she served as Executive Director of the Jamaican Institute of Management, and in 1994 was among the first four female Certified Trainers by the Institute of Public Leadership, a position she still holds today.

In 1970 when she took over as principal of the Tivoli Gardens Comprehensive High School, which up to that point had the status of a Junior Secondary School, her life was about to change. She was about to become mother, counselor, teacher, mentor, and disciplinarian to thousands of youth. This intersection would change the trajectory of both her and many of these students’ lives forever.

Her untiring devotion to education led her to serve as:

Her track record in the area of gender issues, both nationally and regionally is very significant. In 1986, she served as the Executive Director of Caribbean Women for Democracy; 1984 she served as the Chairperson, National Advisory Council on Women and in 1985 she led the Jamaican delegation to the United Nations End of Decade Conference in Nairobi, “Elimination of Discrimination Against Women”. She was also member of the Preparatory Committee for the Beijing Conference.

Nikos Kazantzakis, the great Greek author and philosopher, celebrated for his novel Zorba the Greek, once said:
“True teachers are those who use themselves as bridges over which they invite their students

to cross; then, having facilitated their crossing, joyfully collapse, encouraging them to create

This foundation is part of the legacy honoring a woman who used herself as a bridge over which she invited her students to cross. A woman who embodies the word “greatness”, who pushed boundaries, broke barriers, and did the seemingly impossible. And in the midst of it all, she taught others how to do the same. But of course, pushing boundaries is what teaching is all about. 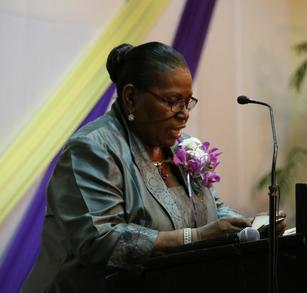